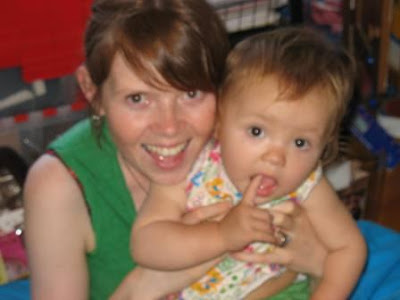 A little over 14 months ago now, my daughter Odessa was born in our home in San Francisco. We had recently moved from a communal art space to a small two bedroomed apartment which we hoped would make for a cozy and intimate place to receive our first child. My partner decorated the place so nicely with lots of strange art and found furniture – it was so colorful and cutely inspiring. We held a Blessingway gathering for friends to celebrate the impending arrival and to mark the change in our status amongst our community – No more organizing all-night music events for us!
And then we waited…

My nurse practitioner at Kaiser was mild-mannered but resolute – she put me on an induction list despite my assurances that I would not want to avail of such services. I was having weekly check-ups with Jessamyn my midwife at that point, and so in a sense I was unnecessarily straddling two opposing worlds. Looking back I think I just liked the attention and updates on how my little one was doing. We were keeping the sex a surprise but secretly hoping for a girl. I read and drew inspiration and wisdom from the work of Ina May Gaskin and skillfully deflected the fears of the uninitiated.

Nine days after my due date passed and my threshold for replying, “Not Yet!” had been well reached, I turned myself in at 11pm for another night without babe. I awoke an hour later with cramps and spent the next twenty-four hours doing the greatest work of my life so far. It was so intense. But I have always been attracted to intensity and I was determined from the outset to emerge triumphant! I was so curious to experience the full strength of my body in unassisted, uninhibited, unmedicated labor; heaving in miraculous discharge; I needed to grunt and groan and loosen everything about me. I welcomed my fate. I had my partner by my side, my friend and ‘best unofficial doula ever!’ working her North Bay magic in the kitchen, my sister-in-law’s gentle touch and my midwife who was cool-headed enough to just let me get on with it.

I felt like a boat struggling against huge waves. My two greatest assets during my labor were my previous experience with Zen meditation and my silver yoga ball. I have sat through piercing pain before, and although this was an altogether different experience, I knew how to breathe my way through. Bouncing up and down on my yoga ball had the effect of creating a deeply satisfying sense of opening up – the peak of my contractions could be harnessed with pleasurable results! I ploughed through, lamenting only that I had not gotten a night’s sleep before it all began as I was very tired.

At 11pm my midwife informed me that I was fully dilated. Finally! I had waited for what seemed like an eternity to hear those words! I had felt like my body was suppressing a volcano eruption for the previous hour or more – it was almost overbearing trying not to push. I relocated to a beautiful wooden birthing stool, squatting with my two hands holding on at either side. At that moment Maria, my second midwife arrived. Although I had previously only met her once before, her skill as a midwife became immediately apparent to me in that her arrival at such a crucial stage did not disrupt the intimate energy we had created that day within our little crew. I pushed with deep animalistic groans. I remember feeling slightly concerned for our downstairs neighbors at that point, as I could only imagine what they might be thinking – lying in their beds on a work night trying to get some rest.
I pushed for around 45 minutes. When the head began to crown I listened impatiently to the oohs and ahhs of my team and was invited to touch my baby’s dark hair. I did so only to appease my friends. I wanted my baby out! I did not have the patience to take pride at that point! With one more push my baby’s head was out, but the right hand came out simultaneously, and I tore pretty badly. I was oblivious of course and just forged ahead with one final push to get the body out. And then there’s that moment. That moment when we crossed the line from fantasy into reality. From Two to Three. Our baby is here. Skin on skin. A perfect being – all ours.
It took us a couple of minutes of just being in awe before we even thought about the baby’s sex. Then cheers go round as we look and see that ‘ It’s a girl!’.


For days afterwards we called our baby by her Chinese name ‘Yan Yan’ which means ‘grass growing toward the light’ or ‘happy little mushroom’ depending on who you ask. We finally settled on Odessa as her first name. I guess I felt like my odyssey was over, but in reality, it had just begun…


I am forever grateful to my birthing team, my friends who had paved the homebirth road before me, and the women who devote their lives to empowering others by their dedication to homebirth. I would never have wanted Odessa’s birth to be any other way. She came into the world on her own terms. She set the pace, and showed me how important it is to trust in nature’s way. She is a beautiful gift.
Posted by Unknown at 10:41 AM

May I ask where you got the name Odessa? My husband & I decided on it for a little girl as soon as we were married. It's the title of our favorite Bee Gees song! Now I'm three months pregnant, though we don't know gender yet... so I'm just curious how you settled on it!

what a beautifully written account...I am currently 9 days late, and hoping upon hope that I will be able to have a natural birth just half as wonderful as yours!

A natural birth is a process that has three stages. The next article tell about it in details:
http://www.childwiki.com/index.php/Birth
Hope this can be useful for someone.

A natural birth is a process.It is very interesting for me to read the blog. Thank author for it. I like such themes and everything that is connected to them. I would like to read more on that blog soon.

LOL!! Are you really give a name of a Ukrainian city??? Ha, brave move, really nice

not a best idea, IMAO. when she will rise, she could be so angry about it.

Man with Van in London said...

What a lovely story. It's goo that there wasn't any complications.

what a beautifully written account..Natural child birth is very secure process for child....this shows in this blog..

These kind of post are always inspiring and I prefer to read quality content so I happy to find many good point here in the post, writing is simply great, thank you for the postfree online dating

I like the useful info you provide in your posts. I will book mark your weblog and check again here frequently.
Website Designing Company In Delhi | Internet Marketing Services In Delhi

I found this is an informative and interesting post so i think it is very useful and knowledgeable blog,thanks for sharing.

Great this blog sharing it's really helpful and nice.

Website Design Companies in New Zealand with their strategic approach drives the complete look of your website. They have efficient experts who lead to provide a user-friendly and responsive website and can also revamp your website in case, it has lost its charm and become outdated.

A large number of people, particularly the migrant laborers and factory workers do not have a saving account and even not able to open an account due to lack of valid address and ID proof. As a result they face difficulties to save their earnings in a safe place and look out for solution to send money to their families.

I thank you for the information and articles you provided