An Argument for Non-Linear Thinking 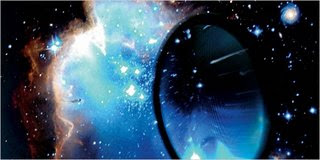 I just love how our brains work. Well, I actually only know how my brain, a woman's brain, works. And it's totally non-linear. My daughter's brain works like mine, and people laugh when they hear us talking, shifting from one subject to another without any apparent link. Ah, but we independently followed the link from five minutes earlier in our conversation.

Birth is also feminine, non-linear. It works like a woman's brain. There are multiple tasks being accomplished at any one time - descent, rotation, softening, opening. Almost ESP-like communication can take place between a woman and a wise caregiver - this is the "monkey-brain" or "reptile-brain" at work. Thoughts, memories, past experiences, and current understanding are accommodated, merged, drawn upon.

There is so much going on beneath the surface in birth. Getting the right flow in labour is like searching for the point on a radio dial where there's no static, where the signal is pure. Intervention, too much noise, or touch can increase the static. A woman needs empty space in her brain in order to birth in her own way.

This makes my brain jump (in a non-linear manner) to a blog post that I read by Carl Honore yesterday. He had just been at an IdeaCityconference in Toronto and wrote: "One of the comments that has struck me most came from a physicist. (Note: Most probably he was thinking about physicist, Lawrence Krauss, and his discussion of dark energy.)He explained that 75% of the energy in the universe comes from empty space. This is wonderfully counter-intuitive. I may be stretching things here but it also seems like a nifty metaphor for the power that is unleashed by slowing down. When we become still, it looks like nothing is happening but in fact, beneath the surface, all kinds of extraordinary thinking and exploring is going on."

A woman's body in labour is like the universe. She gains most of her power in labour from the empty space, or dark energy. She is only able to access her full potential when she slows down to her basic self, when she is uninterrupted, untouched. We hardly know anything about dark energy. But Lawrence Krauss says that "It could be that dark energy reflects the anthropic nature of our universe, which implies there are other universes. If we could get evidence for their existence, this would be a remarkable breakthrough."

So, it follows that we can only know a small part of how birth works. When we think we know it all, we really have no idea. I think only women in labour have a glimpse of the potential of birth. In labour, we know we are experiencing something almost unknowable. We know that we want to be undisturbed, deep inside ourselves. We can almost touch the doorway between life and death when we are in labour.

In labour, we accept the existence of other universes. It is huge, it can be scary, but it is us at our most elemental. There is so much dark energy in labour - as much as is present in the universe.

Dark, not as in negative or bad, but unknown, unwritten.

If, in labour, we are able to slow down our brain, be still within ourselves, and avoid the interruption of static, we might be able to firmly touch this untapped dark energy in labour. The power is both unknowable and knowable. Totally amazing. Pure physics.

On the other hand, there are psychological techniques that help answer the questions "how I work?" And "why am I having these feelings?". Actually, I take them to work with people and with yourself.


This information is very useful. thank you for sharing. and I will also share information about health through the website